IDS colleagues tend to be a rather active and fit lot, must be something in the water!

Andy Crocker is our Southern Sales Manager and he will be making a tremendous journey, cycling from London to Paris in an effort to raise much needed funds for Big Issue Foundation. 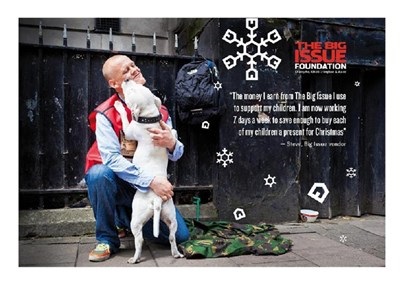 “The Big Issue foundation does a tremendous amount for the homeless, to get them back on their feet. They are often approached at a time of unimaginable personal crisis. The front line team focuses on cultivating strong working relationships with Big Issue vendors and connects them to services and the vital bespoke support that is needed to help homeless people journey away from the street, such as access to healthcare, housing and training.

Andy Crocker Cycles for Charity, from London to Paris!

This is how I got involved:

In November I met a cold and damp Big Issue vendor, pitched in front of a shop with his 13 year old dog by his side. Next to them was an army surplus sleeping bag, still wet from the night before rain since there was nowhere for him to dry it. I bought a Big Issue and stayed a while and listened to his story:

It’s very sad – he lost his job, shortly afterwards his partner was also made redundant, so their landlord evicted them because he won’t have DSS claimants as tenants, they weren’t able to get accommodation that accepted their dog (they’d had her since a puppy), so rather than give her up all three of them now live rough in an old tent which they pitch at night on one of Cheltenham’s parks. I can’t put into words how wretched their situation has become, but believe me, you don’t ever want to experience it.

Your sponsorship will provide vital funds, helping to connect Big Issue vendors like this with the essential support and solutions that enable them to rebuild their lives and journey away from homelessness.

I am raising money by cycling from London to Paris to help give homeless people a hand up – not a hand out via The Big Issue Foundation, and any donations will be gratefully received.”

They can be made on line at:

http://www.justgiving.com/AndyCrocker or by texting the following code TBIF50 and the amount £10 (or any other amount) to this number 70070