Not all low voltage motors are the same. With a wide range of different motor technologies on the market, each with their own strengths and weaknesses, choosing the most appropriate motor type for an application can pay strong dividends over the course of the motor’s lifetime.

The four most widely used types of motor are:

Each technology achieves the same end – generates torque – but via a different method. The most efficient and cost-effective motor type will depend on the individual application, considering factors such as application type, required running speed, available space, and integration with other equipment and systems within a facility.

Induction motors are the most commonly used industrial motors. This type of motor has been around for many decades, and as such they are a tried and trusted technology with which many engineers will already be familiar. The fact that they are so widely used means that spare motors and parts are often readily available, and are relatively easy to maintain and rewind. They have a wide power range, speeds and mounting arrangements that make them suitable for almost all industrial applications.

Energy efficiency of induction motors has substantially improved in recent years with IE3 now the industry standard within Europe, and IE4 variants also increasingly entering the market. However, induction motors, particularly at lower power ranges, cannot always match the extremely high efficiency levels that other motor types are capable of. 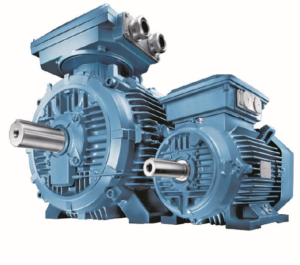 Induction motors are the most commonly used industrial motors, but they are by no means the only option available 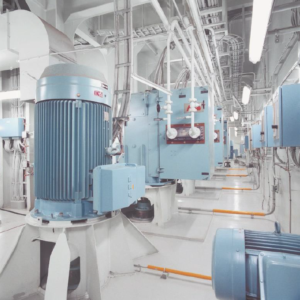 Energy efficiency of induction motors has substantially improved in recent years, but at lower power ranges they cannot always match the extreme efficiency levels that other motor types are capable of

Permanent magnet motors can achieve very high energy efficiency levels in most industrial applications, although the power range covered by this motor type can vary between manufacturers. The permanent magnets used in the motors reduce rotor losses thus increasing efficiency, while facilitating a more compact design compared to induction motors, with high torque density, less weight and lower heat losses. Permanent magnet motors must be used with a variable speed drive (VSD), although this is already strongly recommended for many motor-driven applications.

One downside to permanent magnet motors is the purchase cost, although this can be mitigated up to a point by efficiency savings over time. The requirement for rare-earth permanent magnet materials means that such motors can be much higher than the price of an equivalent induction motor. Permanent magnet motors are also significantly more difficult to maintain and repair due to the magnets used in their production and as such should only be undertaken by competent repair personnel. 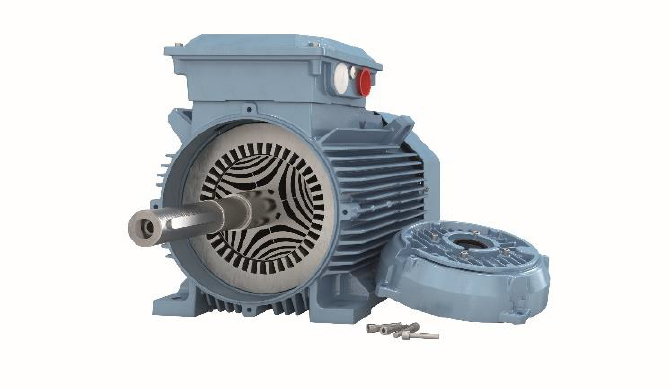 The concept of synchronous reluctance (SynRM) has been around for nearly a century, yet it is only in recent decades that the technology has evolved to become commercially viable in electric motors. Compared to both equivalent induction and permanent magnet motors SynRMs can deliver superior efficiency levels up to IE5. This is made possible with the use of a special cageless rotor which removes traditional rotor losses, while also producing less heat and increasing operational lifecycle. As with permanent magnet motors the SynRM motors must be used with a VSD.

These are brushless DC motors that use a built-in inverter and magnetic rotor. They can achieve greater efficiency levels for fans compared to other AC motors, making them a particularly good fit for, and are often used on HVAC applications. Rather than traditional configurations which comprise a separate motor and VSD, ECMs are an integrated standalone package, which can make them very quick to install with only one connection required. Whilst ECMs typically have a long life, they are very difficult to repair, and so often in the event of a failure will typically need to be fully replaced.

ECMs also have some other technical drawbacks: they cannot ride through power dip situations, cannot catch a spinning load, have limited speed/power duties and can generate large amounts of harmonic distortion, particularly at higher frequencies.

What does the future hold for motors?

Motor manufacturers will no doubt continue to make incremental improvements to performance, efficiency and reliability levels across all four motor types. However, the arrival smart, wireless technology is likely to lead to a step change in how the monitoring and optimisation of motors is carried out, unlocking new levels of efficiency performance. 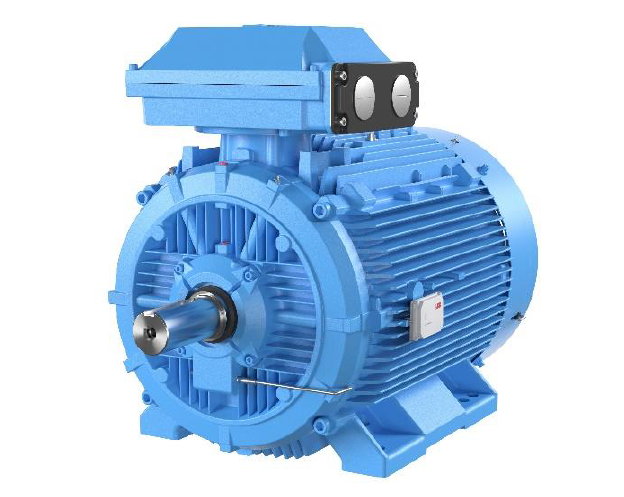 Smart Sensors are no bigger than a deck of playing cards, and attach directly to the side of a motor to wirelessly transmit real-time performance and condition data

Smart sensors are now available which attach directly to new or installed motors without the need for additional wiring, and transmit real-time performance and condition data wirelessly via the cloud. At the time of writing these sensors are only currently available for induction motors and SynRM’s, but other motor types will inevitably be catered for soon.

This brings predictive maintenance into play for a company’s entire LV motor fleet. Users can check their motors’ status at any time using smart devices, which provide a traffic light display indicating which motors are running satisfactorily, which ones require monitoring, and which ones require immediate attention. Where previously electric motors have always been relatively simple, analogue devices, the future will see them become digital, combining connectivity with data analytics to constantly optimise performance within the smart factory.

Steve Hughes has worked in ABB for 23 years in sales and channel management roles for both variable speed drives and instrumentation products. Whilst working in the drives business Steve was an integral part of ABB’s energy efficiency campaign when it began 20 years ago in the year 2000.