Anglian Water has cut aerator energy use in half with variable speed drive technology, while removing the threat of blockages 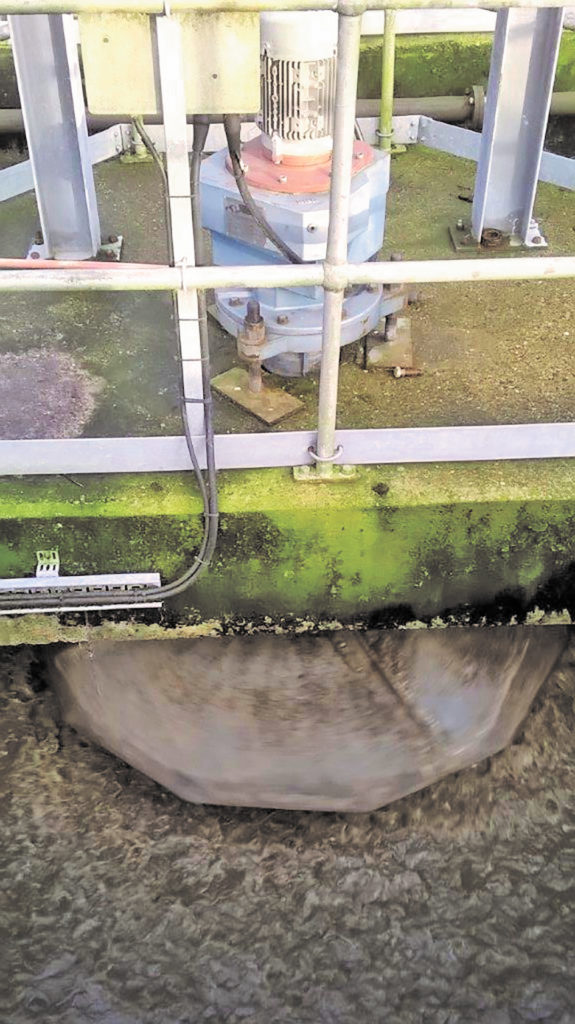 A sewage treatment works operated by Anglian Water has halved its aerator energy costs, reduced maintenance and cut ammonia to almost zero levels following the installation of an ABB variable-speed drive. The drive was installed on a 4 kW sewage aerator at the Swallow unmanned treatment works in Lincolnshire.

Wayne Barley, northern energy and efficiency engineer for Anglian Water, says: “The vertical rotor of the aerator was set on a duty cycle of 20 minutes off, 20 minutes on. Working in this way, there were frequent sudden stops and starts that caused shock loads on the motor and gearbox, as well as needing frequent operation of the contactor to switch the motor on and off. This sometimes led to electrical and mechanical failure of the aerator, causing interruptions to sewage treatment and a possible subsequent failure to consent.”

This sewage treatment works has descriptive consent which specifies that all plant must be working but does not specify an ammonia limit.

“The middle of the aerator has a tube to pull effluent from the bottom of the tank to the top of the tank, similar to an aquarium air lift, which ensures all the content is treated,” continues Barley. “The old 20 minute duty cycle allowed detritus to settle at the bottom of the tank during the off phase, causing the tube to block over time. We needed a solution that would solve these problems and hopefully also produce energy savings by matching sewage treatment more closely to demand.”

“We experimented with the timings and speeds so we could find the minimum that would still draw the effluent and aerate the sewage,” says Barley. “We settled on four different time periods, during which the motor would be constantly on but working at different speeds to match the demand at those times. Midnight to seven am, we operate at 40Hz, seven to 10 am at 45Hz, 10am to five pm at 43Hz and five pm to midnight 45Hz. Any lower than 40Hz and we found that we got no updraw into aeration or enough surface oxygenation.
“These changes mean the aerator motor achieved a minimum of 10 percent reduction in speed even at peak times, while the ramping and soft start capability means we avoid shock loading to the motor and gearbox.”

A ramped start feature reduces the high load and torque placed on the motor gearbox and power train during start up, and also prevents constant switching of the contactor and motor which can lead to failure of equipment over time. The original energy cost of the application was £762 per annum, but this fell to only £374 following the introduction of the ABB drive, a reduction of nearly 50 percent. Because there is now no 20 minute off period, there is no settling of the effluent, removing the threat of blockages and settlement.

“Since the introduction of the ABB drive, we have found the application to be very reliable and there have been no maintenance issues with the assets on the aeration system,” says Barley. “Although there is no consent governing ammonia levels, we have also reduced the ammonia discharge to almost zero, an indication that we have exactly the right amount of oxygen getting into the effluent.”

Ammonia is an inherent part of sewage treatment and is toxic to animal life, so keeping levels to a minimum by aeration means that pollution of local water course at the point of discharge can be avoided.