Extract fans are in common use to remove harmful dust and fumes or transport material within factories. Whatever their use, they rely on duct air velocity to ensure the material is kept in the airflow and does not settle out and cause a blockage. An Irishman, Sir George Stokes first developed a theorem that related fluid velocity to the force applied to an object within the fluid, now commonly known as Stokes’s Law. In simple terms, there is an air velocity that is needed to lift a particle. This can be applied to extract fans in factories and if we effectively measure this velocity we can use inverters to control it using the fan’s speed. 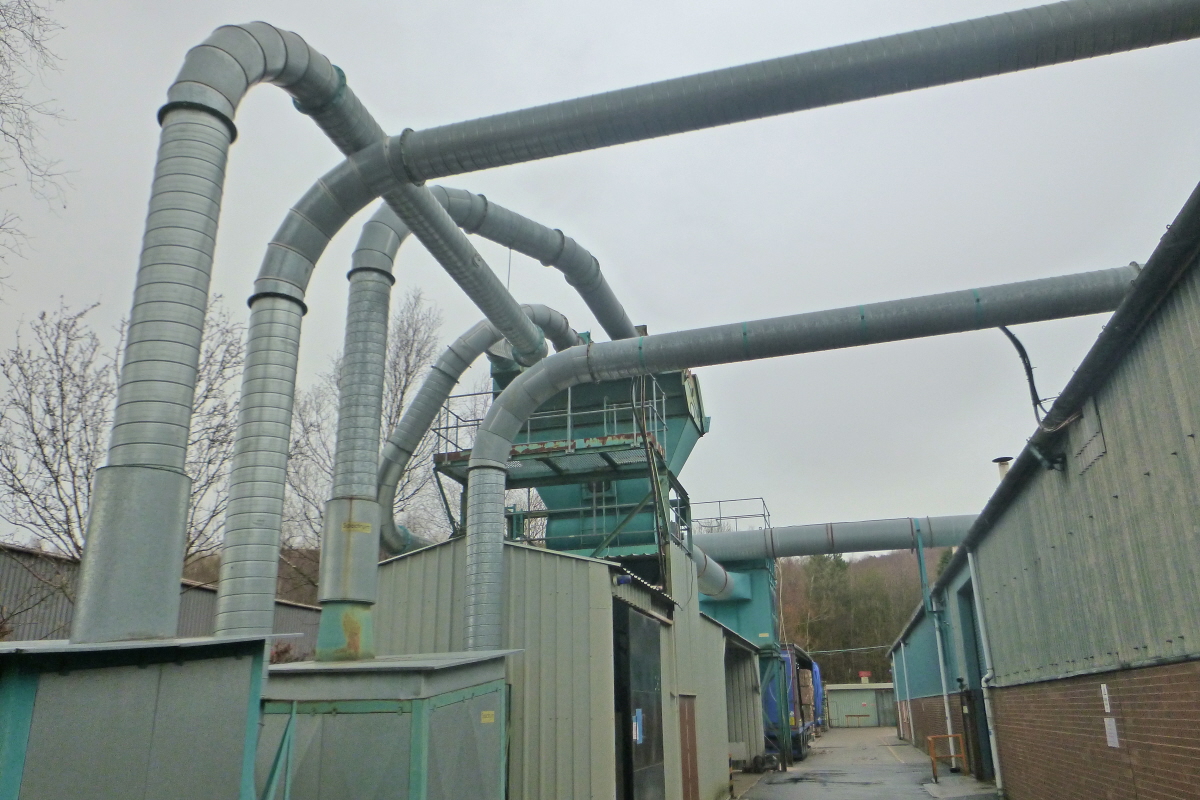 Why should we want to measure duct velocity? In practice, a fan running happily at fixed speed will always be specified for a ‘worst case’ velocity. Duct systems change – whether it be a blocking filter, other fans switching on or off, impeller wear or dampers being opened or closed. This velocity will then be faster than needed most of the time. If we measure and control the duct velocity accurately using inverters, then we will save large amounts of power. A simple velocity reduction of 10% would save around 30% power! There would also be less wear and tear on the fan and ductwork and a significant noise reduction – so important for employee welfare.

Measuring velocity in ducts with particles being transported is a tricky thing to do. The usual methods (hot wire anemometer, Pitot tube) would be damaged or blocked by any particles in transit. IDS have developed a technique to measure air velocity in ducts non-intrusively – we call this ‘Delta-P’. By simple sensors attached to the ducts and some commissioning work, duct velocity can be measured accurately and repeatably. IDS have been installing Delta-P measurement for many years, with great success and we have discovered other benefits by using this method of control: