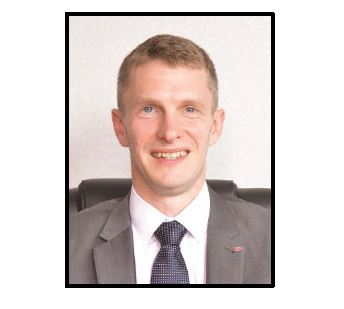 Installing a variable speed drive (VSD) on applications such as pumps and fans is proven to cut energy use. Yet many motor-driven systems are far less efficient than they should be. ABB’s Martin Richardson explains the reasons why – and outlines the steps that can be taken to get efficiency back on track.

Installing a VSD on variable torque applications such as pumps and fans is proven to realise incredible savings – between 20 and 60 percent typically, with 70 percent achievable in some instances. Yet we often find applications that are not running as efficiently as they should be. Even if efficiency levels are just a few percent lower than they should be, over time this can equate to a considerable amount of lost energy and money.

The cause can often be traced back to the electrical system powering the application. An electrical system feeds the motors that drive pumps, fans, grinders, mixers, crushers and extruders. The system typically comprises a transformer, VSD, electric motor, switchgear and cabling. Where system efficiency is lower than expected, it is usually due to one or more of the following:

The following steps will help you to tackle these issues should they arise – or hopefully stop them from occurring in the first place.

Efficiency from day one

The opportunity to improve electrical system efficiency starts during design. Don’t be misled by manufacturers’ efficiency figures for their products. In most cases they are based on ideal laboratory conditions rather than real life ones. For example, motor direct-on-line (DOL) efficiencies are reported on a pure sine wave. No factory or public power supply is a pure sine wave, so straight away the motor will be about two percent less efficient in operation than published efficiency data may suggest.

No component is an island

It is also crucial to consider how the individual components in an electrical system will interact with each other. Simply connecting products together fails to take into account some fundamental lessons of physics which causes the components to react with each other in ways you may not expect. The net system efficiency depends on many factors. Adding a VSD can impact on system efficiency, as can adding a passive filter or a low harmonic drive. Likewise removing components from a VSD, such as chokes, may improve the efficiency of the drive but has a negative impact on the transformer, supply and motor.

Ideally, these interactions should be considered at the design stage. However, this insight can also be used in retrospect to improve the efficiency of existing systems by highlighting components that can be fine-tuned, replaced or adjusted.

The scenarios examined so far can help organisations to realise savings of up to 10 percent. However, even greater efficiencies can be achieved by optimising the individual components in the system.

For example, selecting the most efficient motor for the duty could increase efficiency by up to five percent.

When it comes to operating pumps, the greatest efficiencies are achieved by reducing the speed of the motor driving the pump. A 2 Hz reduction in speed is a 12 percent energy saving typically on a pump system.

Considerable efficiencies can also be realised by utilising the smart functions and advanced motor control functions that exist within many of today’s VSDs. Examples include energy optimisation (also known as flux optimisation) which helps ensure that motors are controlled using the least amount of energy.

There are also non-electrical opportunities to improve overall efficiency. For example, removing ageing or unused orifice plates or pipework can improve total system efficiency by a further two percent.

Today more than ever, maintaining a competitive edge relies on stripping out unnecessary costs and streamlining processes wherever possible. Following these steps can help organisations to ensure the systems driving their essential processes are doing exactly what they should be as efficiently as possible, with no nasty surprises.