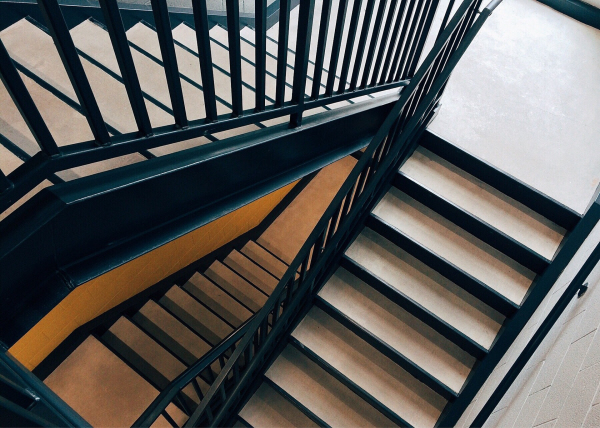 What is firemans override?

Firemans override is a switch or input that allows the fire service to take control of variable-speed drives controlling HVAC fans. It maintains the VSD’s operational availability whilst it is being used as part of the emergency fire control operations. The firemans override allows the VSD to be programmed to a pre-set or PID-controlled speed for assistance in emergency situations or emergency evacuation route protection.

How do you set the firemans override?

The mode is usually triggered with a special key at the firemans control station. Upon receipt of a contact closure or a signal from the building’s fire alarm system, the VSD enters “fire mode” and overrides all other inputs whether they be analogue/digital, serial communication and all keypad commands. It ignores faults and warnings to ensure a “run at all costs” operation and forces the motor to run at the adjustable, pre-set speed or PID-controlled speed. The VSDs then operate the HVAC motors in reverse to remove smoke from the building.

Fire mode cannot be triggered by any other signal or manual option. Once the VSD enters fire mode it cannot exit this mode until the fire condition signal is reset. 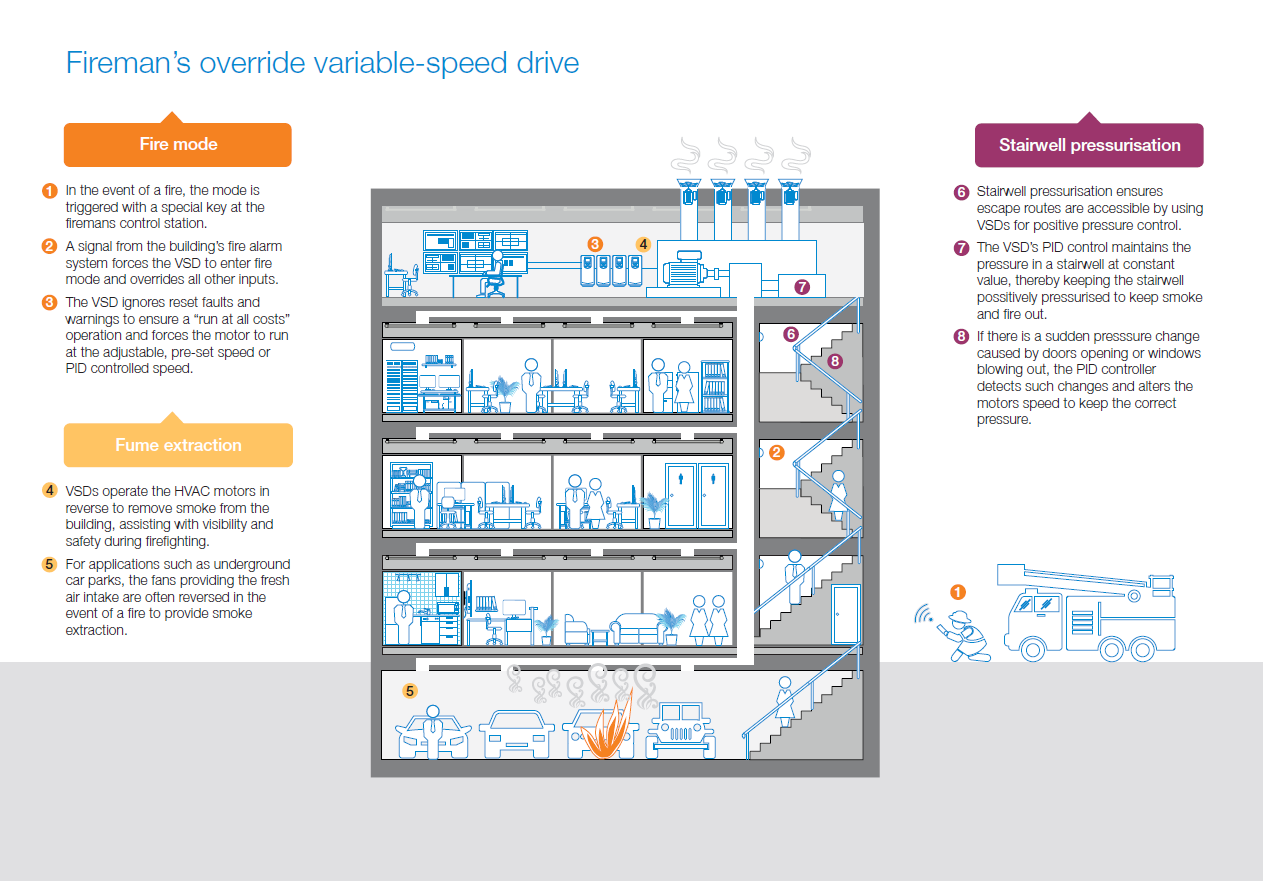 The emergence of stairwell pressurisation to ensure escape routes are accessible is easier to achieve with a VSD in PID control than with an uncontrolled direct-on-line (DOL) motor. This is because DOL runs the motors at full speed without any control, whereas PID control maintains the pressure in a stairwell at constant value, thereby keeping the stairwell positively pressurised to keep smoke and fire out.

Furthermore, if there is a sudden pressure change caused by doors opening or windows blowing out or walls burning away, the PID controller detects such changes and alters the motor speed accordingly to keep the pressure correct – DOL cannot do this as it is ON or OFF.

Firemans override is one of the many features built into the ABB ACH580 HVAC drive, that are helping to create HVAC systems that are safer and more energy and cost efficient. To find out what else ABB’s HVAC variable speed drive, the ACH580 has to offer call IDS on 0115 944 1036 or email [email protected]