In this series, we address some of the questions that customers typically ask. Here, the Editor of a leading savoury snack magazine set us a challenge:

“The readership of the magazine will have a good general technical knowledge (some of them will be production engineers, for instance), but they’re not drive or motor specialists as such. So really, they’d be thinking on the level of ‘what can these systems do for me’ in terms of energy savings, production efficiency or similar, rather than worrying over technical differences between models of motor.” 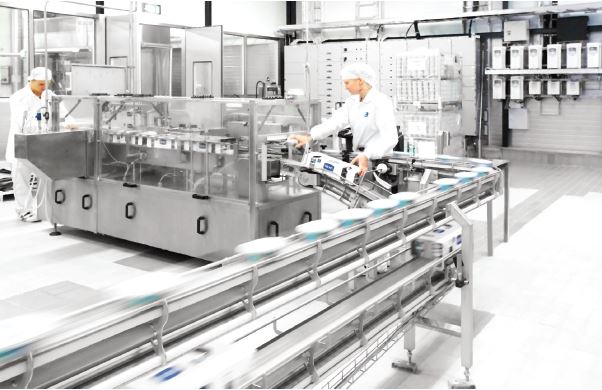 Question 1: Inverters or variable speed drives have been around for a long time now, so are they essentially a ‘done deal’ enjoying huge market penetration in typical food and beverage applications (fans, pumps, compressors, conveyors…), or are there still applications where
they have yet to make much impact?

You are right. Variable speed drives (VSDs) (or frequency converters or AC drives or frequency inverters) have been around for over 40 years. Yet despite electric motors accounting for over 65% of industrial energy consumed, only 5% of the installed base currently use a VSD. Of course, not all motors are suitable for VSD use, but the majority of directon- line motors controlling pumps and fans can certainly be retrofitted with a drive. And the energy savings alone can be staggering.

However, the awareness of just how effective VSDs and high efficiency motors are at saving energy is still not getting through. When asked, in a survey, what is the most effective way to reduce energy costs, both finance managers and engineers responded with: “Change energy supplier.” Yet this only moves the problem from one supplier to another. A VSD is proven to substantially reduce energy bills. It is an absolute no-brainer and the first thing any food or beverage company should look at.

Other applications like conveyors, mixers and air compressors are referred to as constant torque loads. With such applications, the torque requirement throughout the speed range is the same. The power change is proportional to the speed of change. While there are still energy savings to be made, they are not as dramatic as those seen in variable torque applications. However certain applications such as air compressors and hydraulic power packs can achieve significant savings depending upon the on-load and off-load cycle times.

The main benefits of VSDs in these applications are precise process speed control and starting/stopping with controlled acceleration/deceleration. This is why VSDs were originally invented: to control process speeds and improve productivity. The energy saving aspects are, in effect, a hugely beneficial side line.

Providing only the required air or hydraulic pressure, reduces waste and running costs as opposed to on/off with fixed speed motors. As well as reducing the effects of over-sizing, usually inherent in the design of the system, improved control reduces mechanical stresses and wear and tear. Improved control reduces maintenance requirements, giving higher production availability and lower lifetime costs.

On an extruder for example, improved accuracy of motor control and speed regulation could result in higher quality output, while reducing mechanical stresses and improving machinery lifespan.

Question 2: If there is still a way to go, why is that? Is it because the benefits are limited in some types of applications (e.g. where the load is pretty constant, perhaps…) or is it because there’s an installed base of older systems still on the go, or maybe something else entirely?

Make no mistake. It might appear that the take up of VSDs is slow, but the market is growing. There are over 300 million motors in the world, so there’s plenty market to go after. Also, there are plenty of applications to tackle: 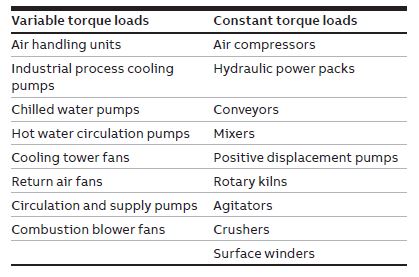 What tends to hold back the market is a lack of appreciation as to what a VSD can actually do. As new engineers graduate, they are not always made aware of VSD technology and how it applies to motor-driven applications. There are, apparently, bigger challenges in the workplace. But embracing VSD technology could be the one decision that totally changes the performance of a business.

We need to get the message to top management. A CEO will know in granular detail the cost of an employee: they know their salaries, holiday allowances, pension contributions, bonuses and precisely the return on investment. Yet ask them about their energy bill and they flounder. Few realise that, for example, a moderately sized supermarket of 50,000 square feet or 4,645 square metres will use about 143,000 kWh per year for cooling alone. Applying VSDs to the cooling system might, conservatively, reduce energy consumption for cooling by 20 percent. This equates to 28,600 kWh in savings. In other words, it would take 24 “average” homes to convert entirely to compact fluorescent lighting to produce the same energy savings as one drive system in a relatively small application.

Interestingly, there is a growing replacement market for VSDs and electric motors.

If an average 1980s AC motor and VSD are replaced with an ABB high efficiency motor and state-of-theart VSD, the payback time due to lower energy consumption could be less than 12 months and up to 36 months, depending on annual operating hours, energy price and the utilisation of today’s drives technology, such as flux optimisation. Replacing olddrives and/or motors brings many other benefits:

Question 3: Is there a rule of thumb for how much energy they will save in typical applications?

As a result, reducing the speed of such a load with a VSD will save between 20 to 60% of energy. Because of the nature of the Cube Law, there is no straightforward rule of thumb. But there are a couple of very good alternative ways to quickly estimate how much energy you could save.

One way is to visit the Apple App Store and download the “AVP energy toolkit”. By asking a few simple questions about your application, the tool will reveal the potential energy saving, CO2 emissions reduction and payback.

Alternatively, ABB and its authorised value provider network have spent 20 years finessing a half day energy appraisal. A site visit identifies up to five typical applications and from initial measurements, the engineer can produce an Executive Summary that shows your facilities potential energy saving.

Question 4: I understand that the role of an inverter is essentially to match the motor output to the load to optimise energy consumption and output, rather than relying on damping or choking. Is that basically correct?

Yes, that is correct. In many processes, production volumes are often altered using mechanical techniques such as opening or closing throttle valves, dampers and/or inlet guide vanes. While these mechanical devices allow system flow to be controlled, they are notoriously inefficient as energy is wasted across the restriction.

Further wastage occurs when these devices are controlled manually or simply left in the same position as when commissioned and not adjusted to take into account changes in system requirement. With VSDs, changing the production volume can be achieved by changing the motor speed. While matching production requirements, this saves a lot of energy, particularly in pump and fan applications.

Sometimes energy efficiency projects are not implemented because of concerns about interrupting or altering the process. However, as well as saving energy, the process also benefits greatly from the installation of VSDs, as described in Q1 and Q2.

Question 5: Are there other advantages to using an inverter?

Industry is driven towards the goal of optimal productivity, as that generates products that can be sold profitably. When changes are made to the plant it is important to do it with the future in mind as well as maximum reliability and availability.

With a VSD, speed increases of 5 to 20 percent can be easily attained without changing the mechanics. The production increase can be achieved without any extra investment. The accurate speed control obtained with VSDs results in process optimisation.

Question 6: Are they all similar, or are there particular characteristics that users should look out for? Perhaps those are not related to energy savings but to things such as communications facilities or something else?

Actually, it is important to appreciate that not all VSDs are the same. For instance, not all…

A VSD is an extremely intelligent and powerful device that is perfectly placed to join the smart factory of the future.

Question 7: When it comes to motors, what are the basic choices for the type of food industry pump/fan etc applications we’re thinking about? Is it perhaps a choice between permanent magnet motors and induction motors or are there other alternatives I should mention?

Once upon a time, one motor type powered pretty much all motor driven applications – the squirrel cage induction motor. But today there are others to consider. Here is a quick tour:

ECMs are combined with a brushless controller onto the fan assembly. However, if one component fails, the entire unit – including fan, motor and controller – must be replaced.

ECM fans have a poor harmonic signature, typically do not come with building management system (BMS) fieldbus protocols and cannot catch spinning loads. ECMs are only available in low powers, so several units must be combined into a fan array to reach the desired power. However, this adds components into the system, thereby increasing the probability of failure. If a unit fails, increasing the speed to maintain the flow will take more power, which quite often will not be available from the rating of the installed unit – thus specific fan power requirements will not be maintained. A fan array is also typically heavier than a traditional installation due to the large number of items in the system.

While the high efficiency offered by ECMs may be suitable for some applications, it is essential that the right motor technology is selected if unforeseen problems with harmonics, catching spinning loads and power dip ride-through, etc., are to be avoided.

SynRMs are also the same physical size as traditional induction motors, making them an ideal option for retrofit.

The losses and absence of heat due to current in the rotor means the PM motor is a more efficient alternative to induction motors in some applications. However, PM motors can be difficult to handle (they magnetise themselves to any ferrous surface), have non-standard motor shapes and fixing dimensions and generate dangerous back EMF voltages when freewheeling.

This latter challenge means that the common practice of opening a motor isolator to perform maintenance is no longer adequate. The fan shaft needs to be locked in place to avoid electric shock.

Induction motor technology is well understood, the motors are easy to control and to repair and they have become more efficient over time.

Question 8: Are there some basic rules of thumb pros and cons that mean that one type is better than the other in particular types of application?

See above. In addition, ABB has created a series of eBooks that address the pros and cons of each motor type mentioned above.

Question 9: I should probably also aim to clarify the regulations and different energy efficiency levels that are relevant for these applications. Would they typically use IE4 systems, for instance, or if not, why not? Are they much more expensive?

Even though MEPS are already in force in several regions, they are still evolving and they differ in terms of scope and requirements. The changing requirements might make it sound as though the task of selecting the right motor has become much more complicated. Fortunately, ABB offers a special tool called the Optimizer that makes the job very straightforward. Using the Optimizer you can choose the optimal motor for each region utilizing factors like running hours, electricity prices, and CO2 emissions.