The food and beverage industry is very competitive and operates on notoriously small margins, so cutting operating costs is vital for manufacturing companies operating in this market. With electric motors forming such a fundamental part of processes such as stirring, mixing, chilling, baking and brewing, motor energy costs and how to reduce them is one of production managers’ major concerns. 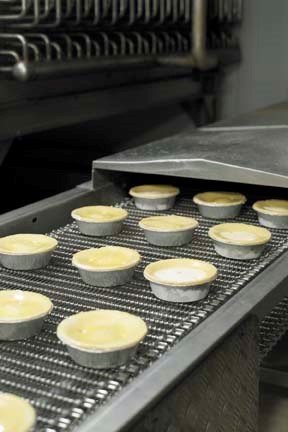 Poole’s Pies is saving £6,200 a year following the introduction of two variable-speed drives on its refrigeration plant

As a rule, more efficient motors are more expensive to buy, yet even small increases in efficiency will make a substantial saving in the overall cost of a motor, taking into account its operating and capital cost.

The Energy Saving Opportunity Scheme (ESOS) requires companies with more than 250 employees or an annual turnover of above £42.5 million to conduct an energy audit covering 90 percent of all energy used. This makes it vital to conduct regular energy appraisals of electric motors in a food and beverage plant to see where savings can be made. The data gathered in an energy appraisal can be used as an input to the mandatory ESOS audit.

Suppliers of motors and variable-speed drives, for instance, can often provide an energy appraisal as a service, helping to identify which motors could be replaced by more energy efficient variants. They can also identify applications that would be suited to variable-speed drive control, which cuts energy use by driving the machine at a speed to meet the demands of the process.

An example of this type of appraisal typically starts with a half-day tour of the plant to outline the scope of the motor-driven applications to be covered. These most often will be variable-torque applications that are running continuously, such as pumps in a bottling line or fans in a blast chiller. With these sorts of applications, mechanical means such as valves or dampers are often used to choke off the maximum flow to match the demand of the process. This is very wasteful and these applications are prime candidates for energy saving using variable-speed drives.

Based on the findings, an action plan is prepared, highlighting the applications that can benefit. The figures will be broken down into monthly savings, accompanied by detailed recommendations for fitting particular drives and motors. 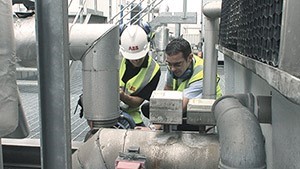 Food and beverage manufacturers have been benefiting from these appraisals for many years. For example, Poole’s Pies saw an 11 percent reduction in electricity costs following the introduction of two variable-speed drives on its refrigeration plant, saving £6,200 a year. For many companies in the food manufacturing sector, refrigeration can account for 70-80 percent of the electricity bill, so any savings made in this area are likely to be significant.

As well as saving energy, appraisals can also lead to other benefits. An appraisal for Fox’s Biscuits saved the company 30 percent on its energy bills by showing how its mixers could benefit from variable-speed control. The drive also allowed the company to improve productivity by avoiding damage to ingredients, as well as experimenting with different mixing speeds for new recipes.