One of the UK’s largest producers of pastry based products has saved 23 per cent on its heating, ventilation and air conditioning (HVAC) energy costs following installation of ABB variable-speed drives at its Callington plant in Cornwall. 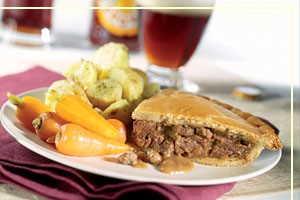 Tamar Foods produces five million pastry based products a week, including sausage rolls, pasties and pies, for major supermarket outlets such as Tesco. As part of its push to improve the energy efficiency of its processes, Tamar Foods was keen to see how variable speed drives could help.

Thomas Parrott, Health, Safety and Environmental Manager for Tamar Foods, says: “The project was suggested to us by Inverter Drive Systems and we asked them to proceed with a free energy survey of our applications to pinpoint the largest savings.”

Inverter Drive Systems (IDS), an ABB Drives Alliance member, looked at the potential for savings on the plant’s HVAC system. This accounted for around 15 percent of the total electricity use of Tamar Foods. This involved retrofitting the HVAC system with 11 ABB standard drives for HVAC with ratings ranging from 15 to 45 kW.

“Because we use sub-metering, we are able to distinguish the energy costs of the HVAC and refrigeration systems,” says Parrott. “Before the installation of the drives, we were using 2,600 kWhrs a day for the HVAC system. After the installation, this fell to 2,000 kWhrs a day, a saving of around 23 per cent.”

IDS installed a 45 kW ABB drive on the chilled water pump. This is saving the company 43 per cent on the pump’s electricity costs, with a payback time of less than 12 months. “As well as the large saving, the short payback time is also welcome – because of the challenging economic climate, we need to have payback times of less than two years,” says Parrott.

“We have our own key performance indicators (KPIs) for energy saving and aim to achieve a five per cent year-on-year reduction in energy use. These projects have certainly contributed a great deal towards achieving that goal.”

As well as the direct energy savings, the company has gained other benefits, such as an increase in motor life and the consequent reduced maintenance and labour costs.

“These are fantastic savings for us,” adds Parrott. “They also save carbon dioxide emissions and have contributed to us being winners of the Best Managed Large Business at the Cornwall Sustainability Awards. This puts us ahead of our rivals and improves our standing with the major supermarkets, which are all keen to source products from suppliers who can demonstrate a more sustainable production process.”

ABB is a leader in power and automation technologies that enable utility and industry customers to improve their performance while lowering environmental impact. The ABB Group of companies operates in around 100 countries and employs about 124,000 people.