In the this article we describe how VSDs are used for motor control to save energy for commercial and industrial high energy users.

An inverter, also known as a Variable Speed Drive (VSD), is electronic equipment that attaches to a motor to alter and control its speed through a control mechanism, such as temperature or pressure feedback. It alters frequency & voltage to just the levels needed by the process, thereby reducing energy consumption. By the way, it also corrects the Power Factor of the motor it’s attached to.

Without such a device your motors run at a fixed speed which very often means they consume more power than necessary.

Save The Energy We Waste First!

Solar and wind investment – a good idea but expensive, takes years to pay for themselves and doesn’t reduce how much energy we consume. Better to save wasted energy first, invest in power generation second. Investment in inverters for energy saving on your motors gives a much better ROI, more often than not paying for themselves in saved energy in under 2 years.

Why the focus on energy for electric motors?

Millions of motors are used by commercial and industrial users around the world, which, according to ABB Group, account for more than 65% of industrial electricity use.

The vast majority of motors are oversized. Reasons are:

The main advantage of a VSD is that it can alter the speed a motor operates at, so that the power we put into it can match the duty required and this way cut energy wastage caused by oversizing. This is much more efficient than restricting output using mechanical valves and dampers. 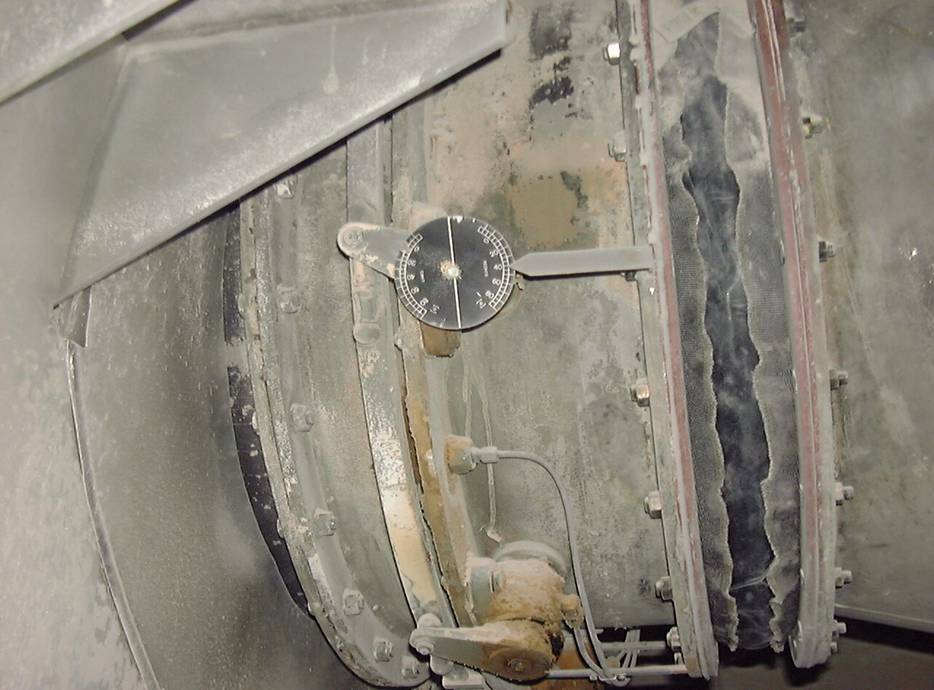 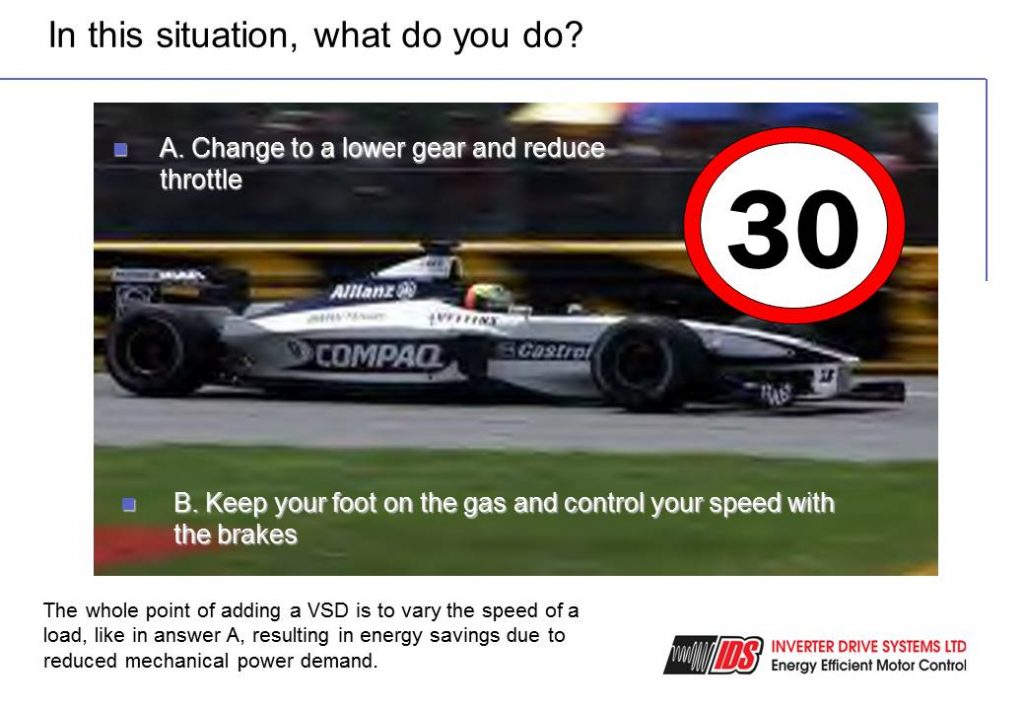 You wouldn’t brake with your foot on the accelerator, it doesn’t make sense! 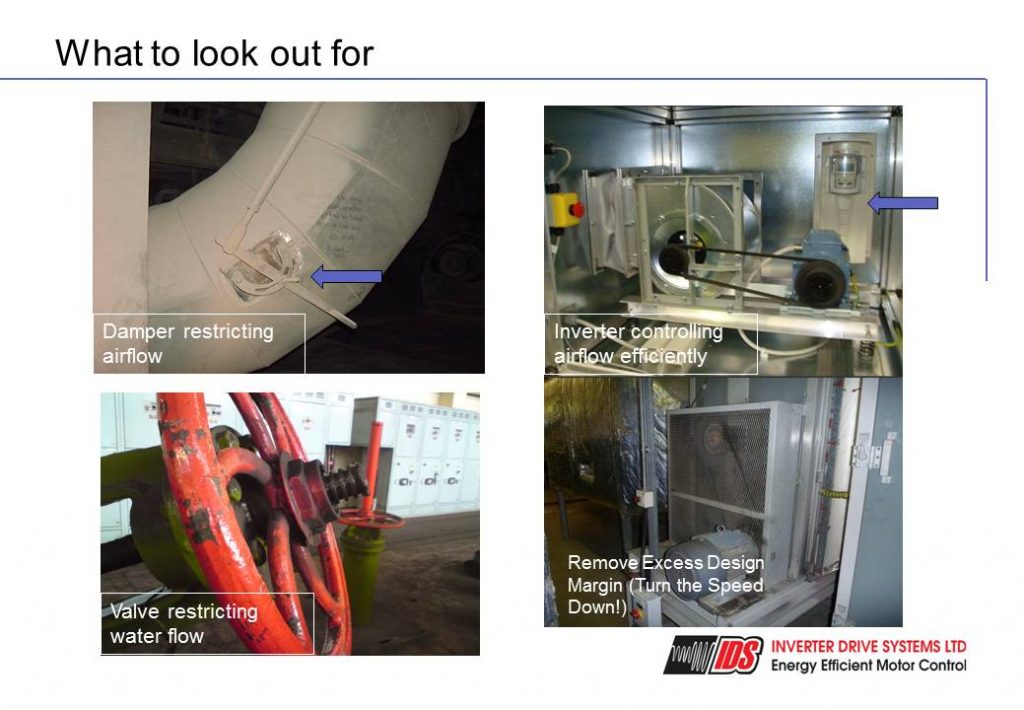 This high energy user case study shows the results of fitting an inverter to a hydraulic power-pack. Annual energy savings of £2,788 resulting in a payback period of just 17 months and a substantial carbon footprint reduction. 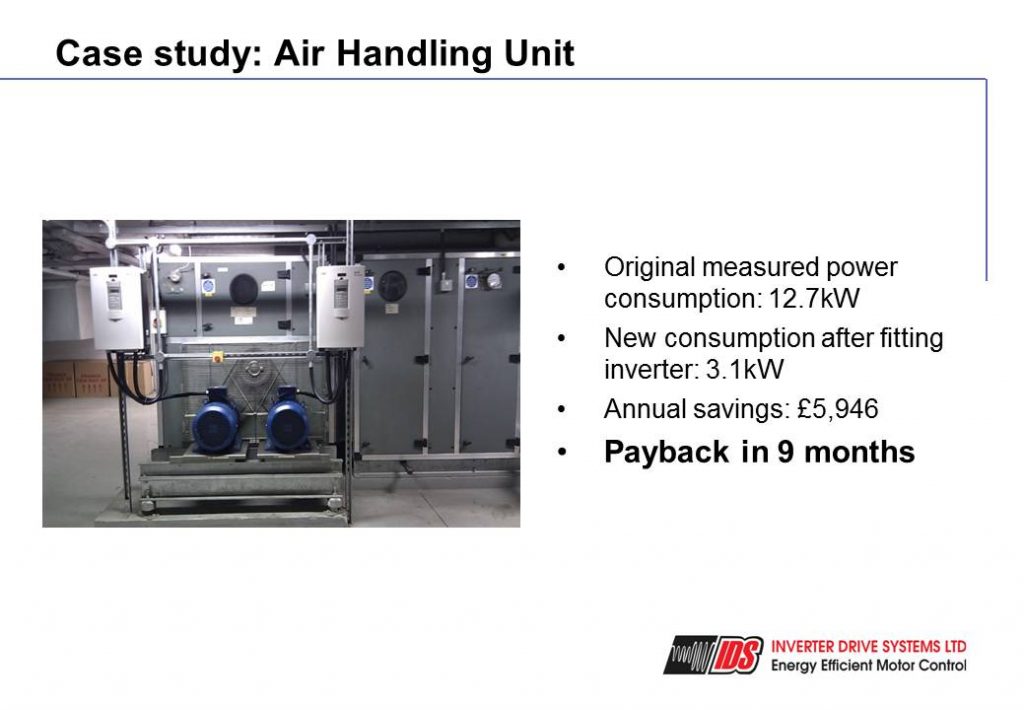 Our second case study looks at an air handling unit, reducing the energy consumption of this motor to less than a 1/4 of the original with annual savings of £5,946 making this an extremely cost effective energy efficient measure paying back the initial investment in 9 months! 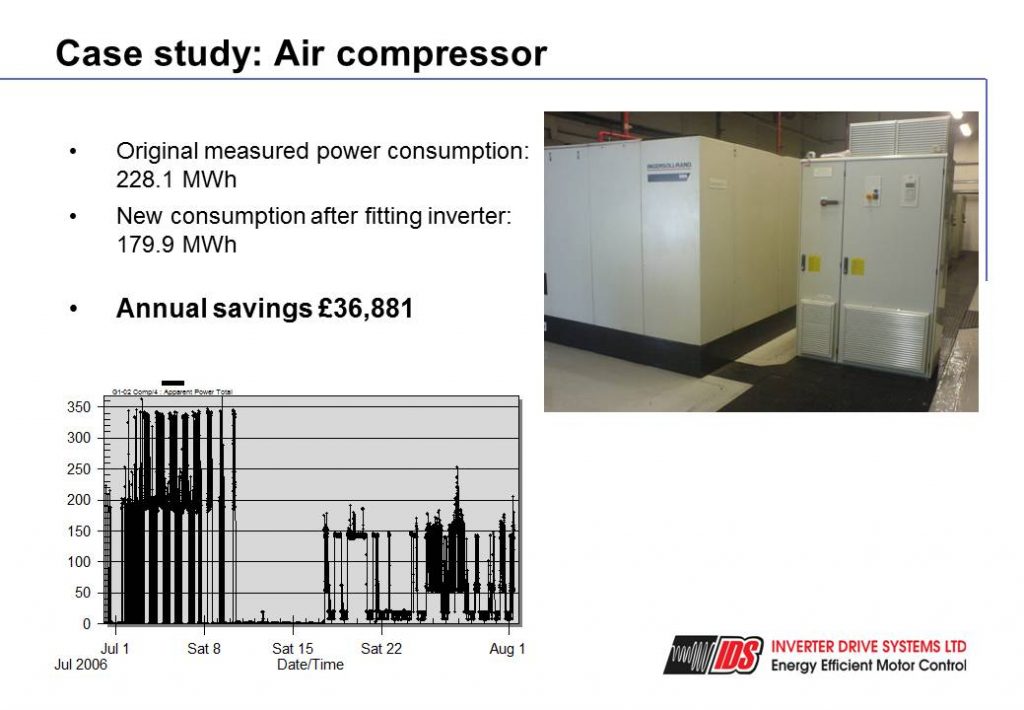 Our final case study shows the results from an Air Compressor which has provided a staggering annual saving of £36,881. At today’s energy prices.

As energy costs will no doubt continue to rise how long will you leave it before you invite us to conduct a free energy survey on your premises?