Expanding your electrical infrastructure to support many fan and pump systems can have an impact on the overall system efficiency. This, in turn, could increase the amount of energy you use. Martin Richardson, Water Framework Manager, ABB Limited, shows you where to look to control costs.

The need to save energy remains as important as ever – but what happens when all the obvious boxes have been ticked? Let’s consider motor-driven applications. Installing variable speed drives on fan and pump motors, for example, is proven to cut energy use by up to 60 percent by matching motor speed to demand. But what happens next? Do you simply tick the relevant box and move on to the next project?

The need to continually save energy is perhaps best demonstrated by the water industry. Following the opening of the non-household retail market earlier this year, water companies and retailers tell us they must now reduce energy use by 20 percent on average in order to remain competitive. Many of their facilities are already highly efficient, yet a 20 percent saving must still be found. It is a huge challenge.

So where can organisations find these all-important savings? 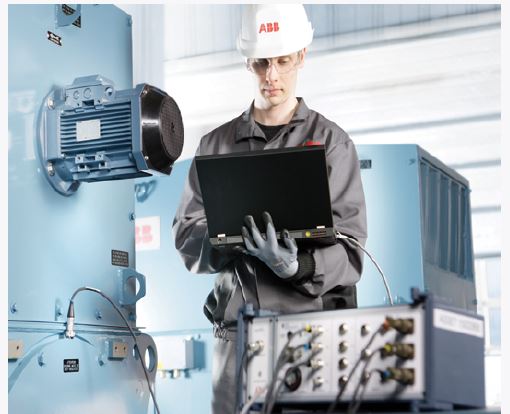 However, these systems are often far less efficient in practice than they are on paper. This may be due to one or more of the following reasons:

The opportunity to improve electrical system efficiency starts during design. Don’t be dazzled by manufacturers’ efficiency figures for their products. In most cases they are based on ideal laboratory conditions rather than real life ones. For example, motor direct-on-line (DOL) efficiencies are reported on a pure sine wave. No factory or public power supply is a pure sine wave, so straight away the motor will be two percent less efficient in operation than published efficiency data may suggest.

It is also crucial to consider how the individual components in an electrical system will interact with each other. Simply connecting products together overlooks some fundamental lessons of physics which causes the components to react with each other in ways you may not expect.

The net system efficiency depends on many factors. Adding a VSD can impact on system efficiency, as can adding a passive filter or a low harmonic drive. Likewise, removing components from a VSD, such as chokes, may improve the efficiency of the drive but has a negative impact on the transformer, supply and motor. Ideally, these interactions should be considered at the design stage. However, this insight can also be used in retrospect to improve the efficiency of existing systems by highlighting components that can be fine-tuned, replaced or adjusted.

The scenarios examined so far can help organisations to realise savings of up to ten percent. However, far greater efficiencies can be achieved by optimising the individual components in the system. For example, selecting the most efficient motor for the duty could increase efficiency by up to 5%. Looking specifically at pumps, the greatest efficiencies are achieved by reducing the speed of the motor driving the pump. A 2-Hz reduction in speed is a 12% energy saving typically on a pump system.

One method to reduce pump speed is to switch to parallel pumping – running two pumps at slower speeds rather than one pump at full speed. Pump speed can also be reduced by altering the control philosophy of the VSD driving the pump motor to pump slower for longer. This is particularly effective when used in water industry applications to switch operation of pumps to periods when tariff costs are lower. For example, pumping stations tasked with maintaining water levels in a reservoir could opt to pump slower for longer throughout the night when tariff prices are lower, instead of waiting until the water level reaches a low level before switching on the pump, which may be after 6am when tariff charges may increase. This simple change can reduce energy costs by thousands of pounds a year.

Opportunities to think outside the box and improve energy efficiency don’t end there. Organisations operating large motors could consider recycling the heat they produce. Traditionally, motors are cooled through a process of liquid cooling. However, opportunities exist to harness this unwanted heat and use it for other purposes, such as providing space heating. There are also non-electrical opportunities to improve overall efficiency. For example, removing ageing or unused orifice plate or pipework can improve total system efficiency by two percent.

The need to reduce energy use hasn’t changed, but organisations now need to be much smarter to find further efficiencies. The good news is that, in many cases, those efficiencies are right under their noses.