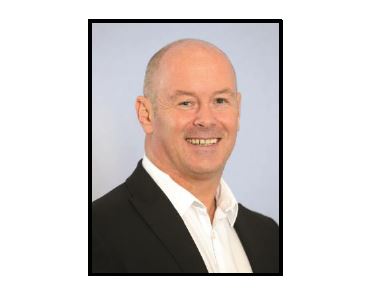 Carl Turbitt, HVAC drives sales manager, ABB UK, writes: The digital technology built within today’s variable speed drives (VSDs) is set to greatly enhance the performance of commercial and industrial buildings. Yet not all VSDs are the same. It is more important than ever to ensure that the specifications drawn up by building service consultants take advantage of the rapid developments in digital technology.
One example of this is BACnet. BACnet MS/TP and BACnet IP are data communication protocols mainly used in building automation.

BACnet is open to all devices and applications in building management, allowing vendors beyond the core HVAC market to link their products, such as fire, life safety and lighting control, to a building management system (BMS). Easy integration into BMS and building controllers, allows large amounts of data or control signals to be exchanged with minimal cabling (compared to traditional I/O).

As an open building automation protocol, BACnet is increasingly popular with building managers who do not want to be tied to proprietary systems. VSDs are now adopting BACnet interfaces, making them a powerful controlling device in their own right. Today a VSD can also be controlled from an iPad via an App. This is one example why everyone should be using BACnet. It is simple and easy to use and it can be used in many platforms.

Connecting VSDs to a BACnet-based control system makes the major benefits of VSDs readily accessible and adds a new dimension in control. Having the VSD communicating in native BACnet code means it can be integrated easily and seamlessly into the overall system. For example, in the past, drives could only be connected to a BMS through a gateway that had to be programmed on a point-by-point basis.
BACnet-enabled VSDs, however, can be directly connected to the BACnet system and take advantage of advanced features like automatic discovery of devices, dynamic BACnet object binding and read/write variable requests. This means that the end user of a native BACnet drive will get better control at a lower installed price.

Another advantage of BACnet is that the data can be accessed at any time. An ABB HVAC drive, for example, has 73 BACnet objects, all of them visible to the network at all time.

This makes it easy for the user to check the energy use direct from the drive without the delays caused by 24 V pulse technology. Using BACnet services, the devices can talk the right language for the application.

Giving VSDs a BACnet capability ensures they become a fully-fledged part of a BMS and can contribute their abilities to a part of an overall control and management strategy.