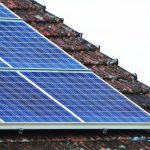 The Telegraph reported in July about the Government axing the poorly thought out Green Deal initiative. I have to say when this was launched initially I had such high hopes. With much searching and digging I found that inverters or rather energy efficiency improvements to commercial air handling units were going to be included. Then we found out … END_OF_DOCUMENT_TOKEN_TO_BE_REPLACED