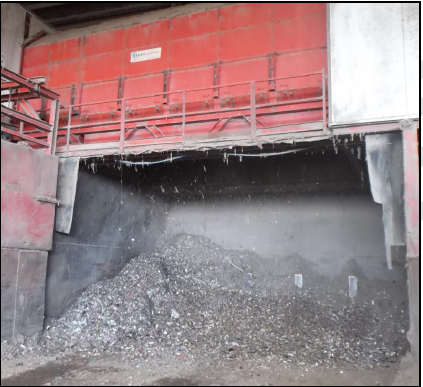 An eight percent increase in productivity is achieved by installing two ABB variable-speed drives on a waste sorting machine.
Wastecycle is a waste reclamation and recycling company with two plants, in Nottingham and Leicester. The company collects and processes 450,000 tonnes of waste each year, over 200,000 tonnes of which is recycled into products such as fuel for power plants.
The variable-speed drives (VSDs) are fitted to a waste sorting machine called a trommel, one of two at the Nottingham site. The trommel is a rotating sieve that spins the waste to separate recyclable material from less usable small particles known as fines. The fines fall through the trommel and are collected underneath.
The trommel is driven through a shaft turned by two motors. The two motors must run at exactly the same speed, as any speed differential would twist the shaft.
Gary Burton, engineering manager for the Nottingham plant, says: “Previously we had no speed control at all for this particular trommel, as the motors were run direct-on-line. We were looking for a solution that would help us improve productivity and remove even more of the fines.”
Wastecycle approached ABB authorised value provider, Inverter Drive Systems (IDS), which it had worked with on another project. IDS determined that the best option would be to run two VSDs in a master-follower configuration.
Phil Nightingale, sales engineer, IDS says: “We installed two, 22 kW ABB general purpose drives, one on each of the trommel’s motors. It was not a complex application to set up as the ABB drives allow us to connect the analogue output of one drive to the input of the other.”
The drive application allows Wastecycle to increase the motor speed to 55 Hz, around 1600 rpm, when processing commercial (business) waste, which makes up 75 percent of the intake of waste from customers. This has improved throughput from 23 tonnes an hour to around 25 tonnes an hour, an increase of around eight percent.
Heavier construction waste from building and demolition sites continues to be run at the standard 50 Hz. This is because the lower rotational speed avoids rubble falling from the top of the trommel and damaging the trommel drum.
“We have had no issues with the application since the drives were installed,” says Burton. “As well as the increased throughput, we are also seeing an increase in the proportion of fines removed when using the higher speed. This is important as we use the commercial waste to produce solid recovered fuel for cement factory power plants and too many fines in the product would reduce its calorific value.”
IDS has since installed the same solution on the single trommel at Wastecycle’s Leicester site.
Page

ABB is a leading global technology company in power and automation that enables
utility, industry, and transport & infrastructure customers to improve their performance while
lowering environmental impact. The ABB Group of companies operates in roughly 100 countries and
employs about 135,000 people.