David Hughes, Managing Director for ABB in the UK, reflects on the past, present and future of the ubiquitous variable speed drive as new generation of engineers are increasingly becoming aware of its advantages.

The variable speed drive (VSD) is now over 50 years old. Its purpose in life, from then to now, remains fundamentally the same: to vary the speed of standard AC induction motors, particularly those powering variable torque loads like pumps, fans and compressors. By varying the speed, the VSD ensures that the flow of air or liquid can be more accurately fed into a process to meet the actual demand at that moment in time. In the early days a VSD was a way of improving productivity by regulating the air or liquid flow rates or varying conveyor speeds and its benefits to energy efficiency were not particularly well known. Of course, back in the 1970s, climate change or net-zero carbon dioxide emissions were a long way off anyone’s agenda. It is only in recent years that the energy saving benefits of the VSD have become more prevalent and with that a new wave of applications has emerged.

The continuous reduction of cost – and price – of VSDs have opened totally new drive applications, unimaginable two decades ago, from small machine tools to centrifuges used in honey production. Other applications include washing machines, dish washers, vacuum cleaners, refrigerators, air conditioning units, mixers, dryers, boring machines, tread mills, spa pools, pizza ovens, rotating billboards, sliding doors and electric gates. Meanwhile, low voltage VSDs continue to make themselves useful in other areas including applications that have traditionally been the domain of servos. At one time, only a servo drive would do for highly accurate positional control. Now the low voltage VSD can replace servos in many applications. 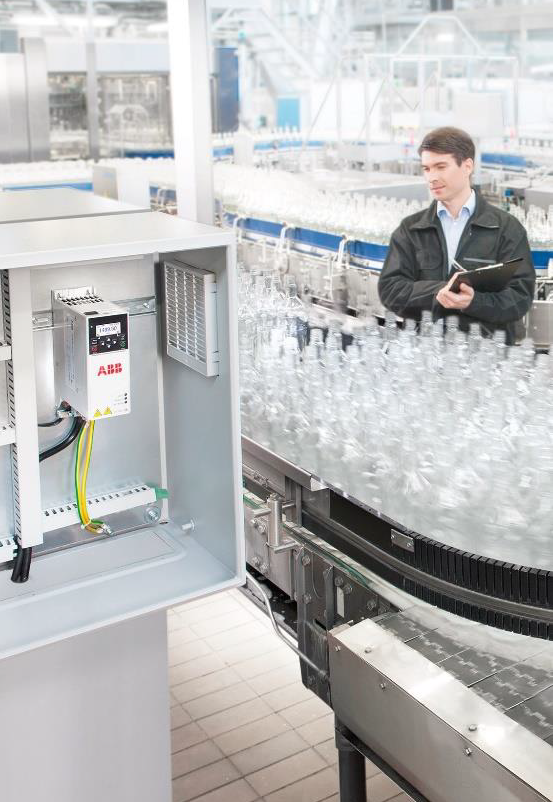 Variable speed drives have become smaller and more intelligent over the years.

Nowadays VSDs are more readily associated with energy saving initiatives than the process control applications for which they were invented. But there is concern that a tipping point has been reached and that the general awareness of how VSDs can save energy may be drifting. The reason is that a new breed of engineer is entering the workplace and is faced with a raft of new technologies and terms like Internet of Things, Industry 4.0, digitalisation, artificial intelligence, machine learning, Edge computing and so on.

When asked what the most effective way is to save energy, both the financial and engineering communities of UK industry routinely suggest “changing energy supplier”. But this merely transfers the challenge from one energy supplier to another, as wholesale energy prices rarely vary significantly between providers. Turning off lights was also high on the list of energy saving ideas. With some 60 percent of all electricity used by industry being consumed by the world’s 300 million electric motors, the number one way to save industrial energy is to install VSDs together with high efficiency electric motors. Yet, this option is hardly mentioned in industry.

Despite the apparent fall in awareness of VSDs, the market is still growing. Some recent market research reports indicate that by 2025 sales of VSDs will be worth some $33 billion, most significantly driven by global interest from governments striving for net-zero emissions. With increasing legislation, regulations and directives related to energy efficiency and the environment, the role of the VSD could soon swing back into prominence. Just look at the recent EU motor legislation to see the impact.

While the energy saving and productivity benefits of a VSD may not have changed for over 50 years, what goes on in that innocuous white box has certainly evolved.

The power-to-size ratio has plummeted. In 1976, an 11 kW ABB drive had a power density of 100 dm3 /kW. Fast forward to 2006, and an 11 kW ABB achieved a power density of 5 dm3/ kW. And just two years later a 22 kW ABB machinery drive hit a new world record with only 0.3 dm3/ kW.
Component development continues unabated. New low loss materials are being developed for the semiconductor switches that allow the drives to operate at higher temperatures. Meanwhile, improvements and innovations are being made in inductive components and low capacitance intermediate circuitry. These will make it possible to further shrink the size of the drives and increase the power density. The compact size and the high temperatures place special demands on the VSD’s cooling requirements and efforts are ongoing to improve cooling techniques.

Reliability has sky-rocketed with a typical VSD, subject to its environment and maintenance regime, having a 62-year mean time between failure: that’s up to eight times longer than 20 years ago. This is partly due to an up to 80 percent reduction in the number of components, compared with VSDs in the early 1990s. R&D investment is exploring wireless options for higher power ratings which would also help alleviate challenges presented by RFI and EMC, thereby further improving reliability. 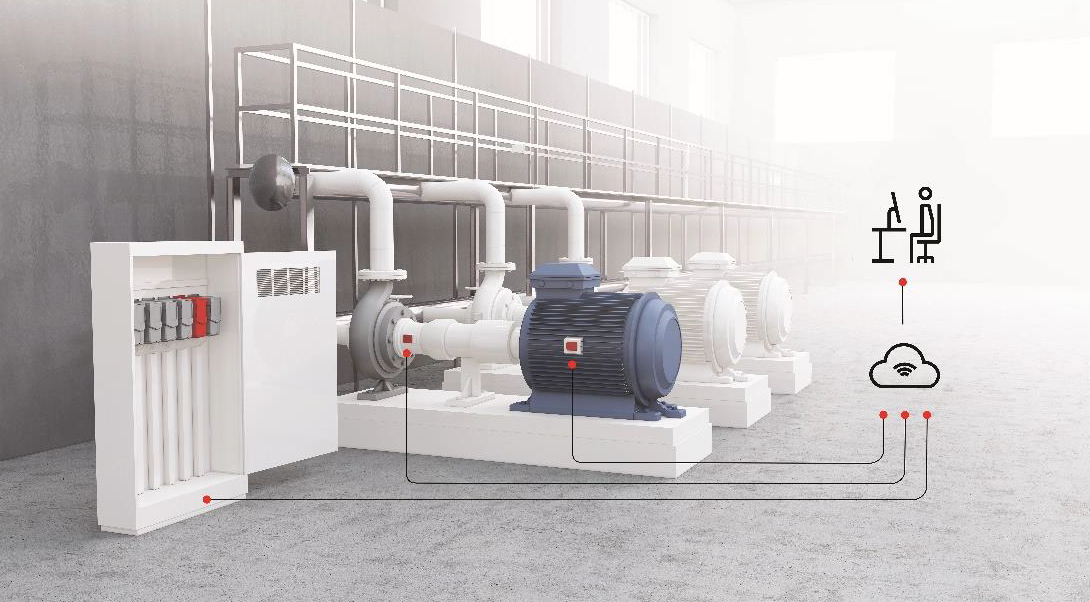 What is most impressive is the intelligence that is now packed within a VSD. Today’s drives have incredible measuring, data gathering and processing capabilities through increased computing power and seemingly endless I/O. Recognising that VSDs and motors can no longer operate as standalone islands, manufacturers have been incorporating intelligent functions for many years. VSDs now absorb valuable information from the entire power conversion chain from supply network to end user process. This allows machines to be operated more safely, with greater efficiency and with lower environmental impact, not just individually, but as complete systems.

The high-contrast, high-resolution control panel alone has undergone a transformation in recent times, heralding a new era in customer interfaces. Further innovations are aimed at eliminating the time-consuming process of browsing through long lists of parameters thereby allowing users to set the drive’s logic quickly and easily.

As reported every year for the past 30 years, VSDs are becoming smaller and more intelligent, have better communications and are easier to install and control. At the same time, they are becoming suitable for many more applications, all at a constantly reducing price and with improved, customised service deals. What better future could VSD users ask for?

ABB (ABBN: SIX Swiss Ex) is a pioneering technology leader with a comprehensive offering for digital industries. With a history of innovation spanning more than 130 years, ABB is today a leader in digital industries with four customer-focused, globally leading businesses: Electrification, Industrial Automation, Motion, and Robotics & Discrete Automation, supported by its common ABB Ability™ digital platform. ABB’s market-leading Power Grids business will be divested to Hitachi in 2020. ABB operates in more than 100 countries with about 147,000 employees. www.abb.com