Cavitation is generally bad news for dairy producers, and its effects can have a severely negative impact on the performance and lifetime of pump systems. ABB’s Andrew Bould looks at how variable speed drives (VSD) can be used to combat it.

The dairy industry relies heavily on pumps to transport raw and processed product from place to place, as well as water and cleaning solutions. If a dairy facility finds that it is frequently experiencing pump system failures, or having to replace equipment more often, it can be easy to place the blame on the pump manufacturer. However, in many cases the culprit could well be cavitation. 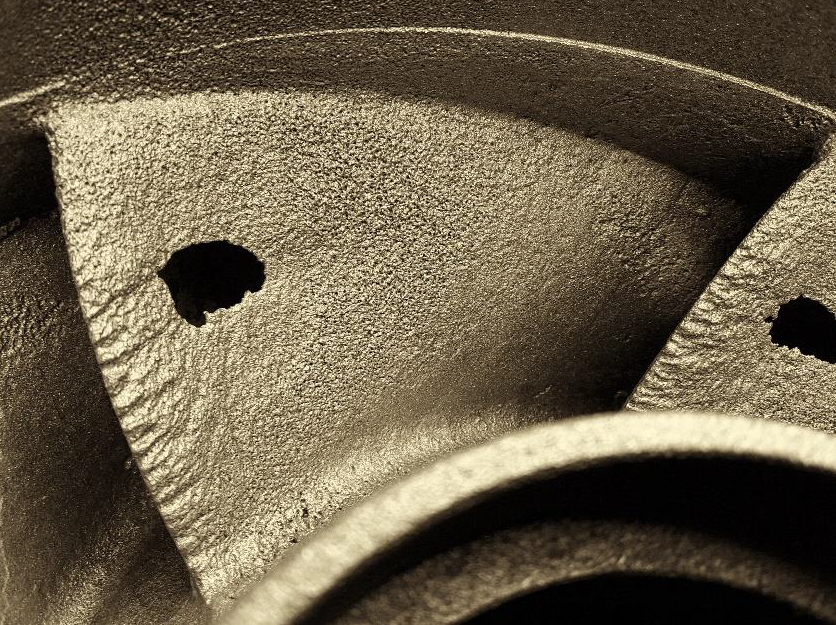 When cavitation occurs over a prolonged period it can cause damage to pump systems.

Cavitation was first identified in the late 19th Century when it was noticed that rapid propeller speeds on ships would create areas of low pressure behind the blade of the propeller, in which bubbles or voids would form. As the bubbles travelled past the propeller, they reached areas of high pressure. This would cause the bubbles to quickly implode, sending out shockwaves. As well as impairing equipment performance, it became clear that the cumulative effect of these shockwaves over time was enough to cause serious damage to the propeller’s metal surfaces.

Cavitation can also occur in pumps. A pump impeller creates a vacuum on the suction side/inlet of the pump. If the vacuum gets too large or if the pressure is too low the water starts to boil and transforms from liquid to steam. When these steam bubbles reach areas of high pressure, they collapse back into a to liquid state again, producing a shockwave. While each individual shockwave may be relatively small, when they occur in copious amounts over a prolonged period, they can cause erosion to impellers, and damage to the rest of the pump system.

Cavitation can also be caused by air getting into pipelines, or backflow where a tank is filled to capacity, yet the pump is still pumping. It is a significant cause of wear, shortening pump lifetime by up to half. Due to the high number of pumping applications used throughout the production process, dairy processing facilities are especially prone to problems associated with cavitation. It can lead to higher costs due to maintenance and production losses. As well as affecting pumping equipment, it can also damage milk-fat globules, resulting in reduced product quality.

What to look for

Cavitation has many symptoms, but if pumps are operating with unusually decreased flow or pressure, if there are unexplained vibrations, or if the pipeline sounds like there are small rocks passing through it, then cavitation could well be the cause. If cavitation occurs unchecked it will eventually cause seal and bearing failures, and eventually the impeller will show tell-tale signs of erosion and need replacing.

VSDs from manufacturers such as ABB can now also be used to prevent cavitation by using built-in anti-cavitation software.

How can cavitation be prevented?

For liquids with a viscosity of 1 (e.g., milk under normal handling temperature), there are two common ways to avoid cavitation. One is to mount a pressure sensor at the inlet and monitor the actual pressure and stop or reduce pump speed if low suction pressure is detected. This typically requires the use of an additional PLC or similar.

VSDs from manufacturers such as ABB can now also be used to prevent cavitation by using built-in anti-cavitation software. This function uses algorithms to look for specific patterns in the motor and drive operating data, and automatically reduces pump speed to reduce the risk of cavitation occurring. The algorithm is based on measurement of pump torque and speed, comparing results with normal torque and adapting accordingly to slow down the pump, prevent it from increasing speed, or stop the motor from running.

The key benefit for dairy producers is that the drive can automatically solve cavitation in real-time, as it can pick up any potential flow issues immediately from changes in torque on the shaft. Because the drive is measuring directly from the shaft there is no need for additional sensors, while reaction times are quicker as there is no need for interface with an external controller meaning no network lag. No extra components are needed for the drive nor is any additional installation work required as the software is already pre-packaged within the drive. By varying the speed of the pump to reduce the risk of cavitation, it can also allow the process to continue, whereas traditional systems may have stopped the process altogether once cavitation or low suction pressure was detected.

The effects of cavitation can take time to manifest themselves. Rather than immediately destroying equipment, it will chip away gradually over the course of months or years. Nevertheless, the costs of having to more replace pump systems more frequently than usual, and the associated risk of downtime, can make it a serious nuisance for dairy producers. With VSDs now providing the functionality to detect and prevent it before it can cause any damage, pump lifetimes can be extended without the need to necessarily buy any additional equipment.

ABB (ABBN: SIX Swiss Ex) is a pioneering technology leader with a comprehensive offering for digital industries. With a history of innovation spanning more than 130 years, ABB is today a leader in digital industries with four customer-focused, globally leading businesses: Electrification, Industrial Automation, Motion, and Robotics & Discrete Automation, supported by its common ABB Ability™ digital platform. ABB’s market-leading Power Grids business will be divested to Hitachi in 2020. ABB operates in more than 100 countries with about 147,000 employees. www.abb.com