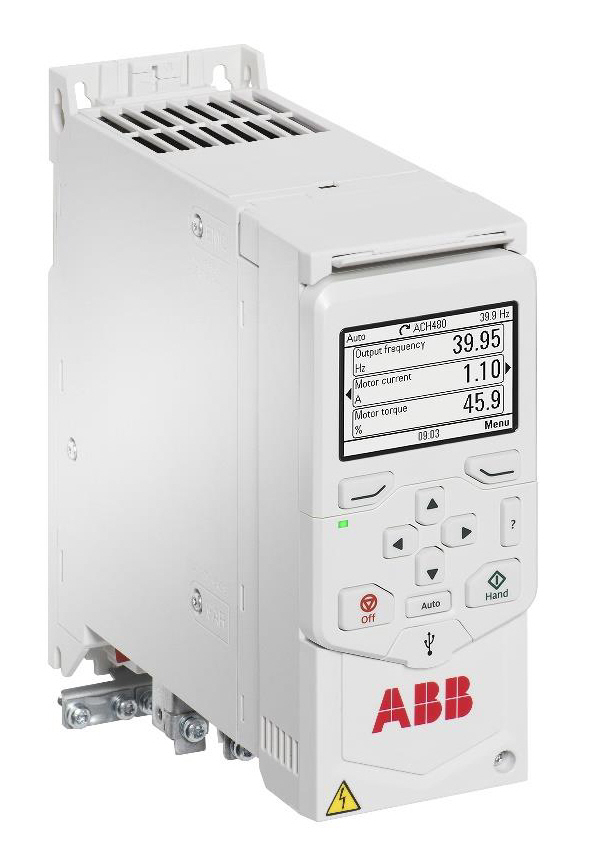 David Hughes, managing director for ABB in the UK, explains how, with the next 10 years potentially being crucial in averting climate catastrophe, a new generation of engineers holds the potential to unlock unprecedented energy savings in industry.

With climate change seemingly always in the headlines, it’s becoming harder to escape the fact that urgent action is needed on a global scale to protect our environment and the planet we live on. The CO2 emissions of everything from avocados to airline flights are discussed endlessly in the media, and we are all urged to play our part by driving less, recycling more and saving energy.

But what about in our professional lives? Electrical engineers have a great opportunity to influence the way their companies use energy, and help work towards cutting emissions to the atmosphere.

But I’m thinking particularly about younger engineers, entering the industry as a generation that has never known a world in which climate change is not a pressing issue. Energy demand is set to grow by 61 percent by 2040 (compared to 2016 levels), with an accompanying rise in emissions if we do not do anything to halt it. Younger engineers are no doubt keen to save energy and cut pollution, but are they aware of where most energy is used in industry, as well as the best ways to rein in its use?

One of the key questions we ask financial managers and engineers is: “What is the single most effective way in which you can save energy at your plant?” The top answer is often “change energy supplier”. Yet, this simply moves the problem from one place to another, and whilst it might save money in the short term, it is unlikely to actually save energy. Switching off lights is another, highly visible way of cutting energy use, but this also ignores the main culprit.

The biggest users of energy in industry are not lights but electric motors. According to The Carbon Trust, motor use accounts for almost two thirds of the electricity consumed by UK industry.

It’s thought that up to 90 percent of all industrial electric motors are run without any form of speed control. This means that they are always running either at maximum speed, or not at all, irrespective of demand. This can waste vast amounts of energy. A variable speed drive (VSD) is a device that controls a motor’s speed so that it be ramped up or down depending on the exact speed required at a given time. For variable torque applications, such as centrifugal pumps and fans, reducing a motor’s speed by 20
percent can reduce its energy consumption by 50 percent.

With this in mind, it’s obvious that the correct answer to the question of how to save energy is to fit your motors with variable speed drives (VSDs). No other measure, whether it’s changing energy supplier, or turning off lights, gives such a high return on investment, energy saving or carbon reduction. By controlling motors at just the right speed to always meet but not exceed actual demand, a VSD can typically reduce energy costs by up to 60 percent and pay for itself in as little as six months.

Where do young engineers come into this? Although many experienced engineers have bought into the concept of VSDs and what they can do, many young engineers seem to be coming into the industry with little or no real understanding of VSD technology. Indeed, a colleague was recently telling me about a seminar he gave, where the vast majority of audience questions were about the absolute fundamentals of VSDs: What do they do? Where would you use them? How reliable are they?

This suggests that many engineers and companies could be missing out on the substantial energy saving benefits of VSDs. However, I prefer to see this as a positive, as the fact that these questions are being asked shows that the new generation has a thirst to improve their knowledge and explore new concepts.

It’s not just direct energy savings that VSDs can make. There are several other processes and practices involved with running production machinery that VSDs can help make more efficient.

For example, water scarcity is another urgent issue associated with climate change, and one where VSDs can make a difference for the better. By controlling the pressure of water in pipes, VSDs can reduce damaging water hammer that leads to pipe bursts. This is one of the major concerns of water supply utilities – the UK’s water distribution networks continue to lose around 3,300 megalitres of water per day, around 15 to 25 percent of its annual production of potable water every year.

Every lost litre of water needs to be replaced, which means that more water must be cleaned and filtered and then repumped through the supply network. According to European Union estimates, pumps use more energy than any other type of industrial equipment, consuming some 160 TWh of electric power and accounting for 79 million metric tons of CO2 emissions a year.

And don’t forget maintenance. As well as time, maintenance activities also use energy in diagnosis, repair, handling and transport. With functions such as soft start, VSDs can reduce current and voltage spikes, helping protect cables and motors from damage. VSDs can also monitor processes, providing performance and efficiency data which can be transmitted via the cloud to remote sites. This facilitates predictive maintenance while cutting down on physical visits to a plant or site.

Engineers usually come into the industry with a desire to make a difference. The next 10 years are set to be make-or-break in how global leaders respond to the scientific consensus on climate change, but industry also has a big part to play. For the younger generation, learning more about what VSDs can do can help make them a big part of the solution.

ABB (ABBN: SIX Swiss Ex) is a pioneering technology leader with a comprehensive offering for digital industries. With a history of innovation spanning more than 130 years, ABB is today a leader in digital industries with four customer-focused, globally leading businesses: Electrification, Industrial Automation, Motion, and Robotics & Discrete Automation, supported by its common ABB Ability™ digital platform. ABB’s market-leading Power Grids business will be divested to Hitachi in 2020. ABB operates in more than 100 countries with about 147,000 employees.