When assessing an application and choosing a variable speed drive (VSD) to suit, it is important to consider the following to avoid over-dimensioning that can lead to unnecessary expense, impaired performance and the risk of a decrease inefficiency. 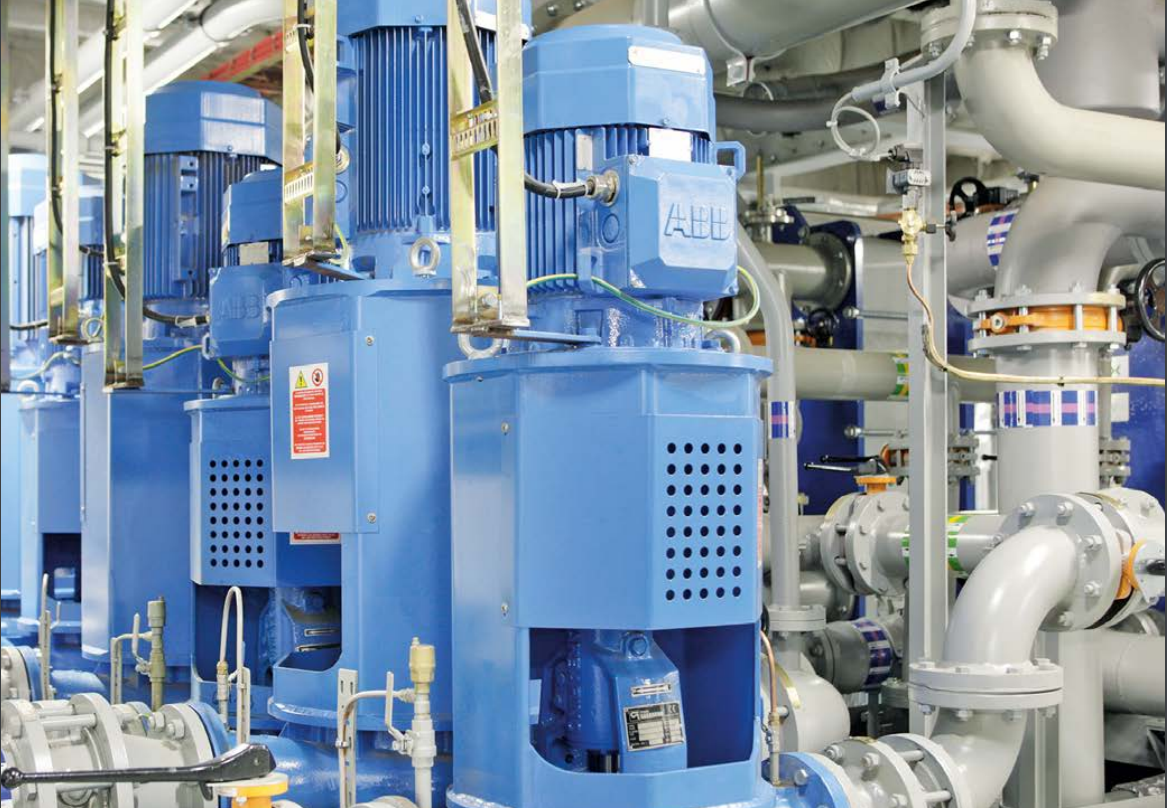 Before selecting a VSD and motor, check the mains supply voltage level (230 to 690 V) and frequency (50 to 60 Hz). The mains supply network’s frequency does not limit the speed range of the application.

Is there a need for a particular starting torque? What is the speed range used? What type of load will there be?

Speed range – It is essential to know the real operating speed range. While this is not critical with a centrifugal load, for a constant torque load it is possible to oversize the motor in order to cope with the high loads at lower speeds. The critical factor is the ventilation capability of the motor shaft mounted fan: at low speed the cooling capability is reduced, but this reduction is not linear. So called “loadability“ is important for shaft mounted fans. If this too restrictive separate force ventilation can be used.

Load types – The motor is an inherent part of an AC drive system: the motor and converter cannot be considered in isolation. It is important to know the type of load to be controlled before making any selections. There are basically three different load groups:

• Quadratic load – This is the most common load type and covers centrifugal pumps and fans
• Constant torque – This occurs when fixed volumes are being handled, such as in screw
compressors, extruders, or in straight line web handling.
• Constant power – This is typically used when a material is being rolled up and the diameter
changes.

There may also be combinations of these load types. However, selecting the wrong load characteristic could easily lead to oversizing.

An electrical motor should be seen as a source of torque. Any AC motor is a source of torque, and yet it is power rating which is most often used when looking at the catalogue ratings for motors. These ratings are based on the fixed speed output when connected to the electrical network. Torque is related to both power and speed, such that T (Nm) = P (kW) x (9550)/ n (r/min). When dimensioning any variable speed drive it is important to think in terms of torque.

The motor must withstand process overloads and be able to produce a specified amount of torque. The motor’s thermal overloadability should not be exceeded. It is also necessary to leave a margin of around 30% for the motor’s maximum torque when considering the maximum available torque in the dimensioning phase.

The VSD is selected according to the initial conditions and the selected motor. The drive’s capability of producing the required current and power should be checked. Advantage should be taken of the drive’s potential overloadability in case of a short term cyclical load. Even with a relatively simple drive application such as a pump or fan there will be a duty cycle. Initial start-up may require a high torque to achieve a specific rate of acceleration. The thermal time constant for a drive converter is relatively short – possibly 4 – 6 minutes, and it will heat up and cool down quickly, while the motor thermal time constant can range from 15 minutes for a small motor to a couple of hours for a large motor. This means that the overload requirements are generally far more critical for converter sizing (Torque = Current), than for motor sizing.

Finally, it is often possible to improve performance by fine-tuning the settings in the drive software. A number of motor control adjustments are available, such as slip compensation, acceleration and deceleration times, and maximum current. Taking these factors into consideration will help you secure trouble-free performance over the drive’s design lifetime.
Also bear in mind that it is never a good idea to select a drive based on cost alone – choosing a product simply because it is the cheapest may save a little money at the outset but will usually end up costing much more through incorrect operation and lack of reliability.