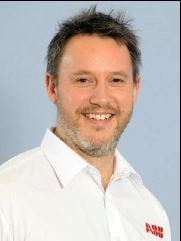 There is a new consideration for water utilities when determining their next move towards using less energy. It is tucked away within something called electrical system efficiency. An electrical system is needed to power pumps and typically comprises a transformer, variable speed drives (VSDs), electric motors, switchgear and cabling.

Quite often when specifying such a system, designers simply multiply the catalogue efficiencies for each component to get an overall system efficiency. For example, if each component is listed as 98% efficient, there may be an assumption that the entire system will also be 98% efficient. However, in reality the actual overall system efficiency could be as low as 86 percent? So what went wrong?
The problem is twofold.

Firstly, catalogue efficiencies are based on manufacturers giving their best efficiency figures under laboratory conditions and based on the testing standards laid down by the appropriate authorities. For example, motor direct-on-line (DOL) efficiencies are reported on a pure sine wave. No factory or public power supply is a pure sine wave, so actual DOL efficiencies are likely to be up to two percent lower than those published.
Furthermore, EN50598-2 is a relatively new standard for VSD efficiency. It defines that manufacturers should publish their figures based on their default factory setting. Manufacturers use different default settings. For example, ABB uses 4 kHz as a default switching frequency. However, other manufactures chose to use 2 kHz. This lower switching frequency improves the figures the manufacturer can publish for the VSD efficiency. However, in practice, the system efficiency is worse.

Secondly, simply connecting components together overlooks some fundamental lessons of physics which causes the components to react with each other in ways you may not expect. The net system efficiency depends on many factors. Adding a VSD can impact on system efficiency, as can adding a PQF or passive filter or a low harmonic drive. Likewise removing components from a VSD may improve the efficiency of the drive but has a negative impact on the transformer, supply and motor.

Every scenario described takes valuable percentage points off the efficiency, or transfers losses from one part of the system to another. Hence the 86 percent quoted earlier.

Armed with this insight, utilities planning greenfield sites can now call in ABB and avoid any future energy use disappointment. But what about existing electrical systems? The good news is that certain components can be fine-tuned, replaced or adjusted to improve the overall efficiency. It’s just a case of knowing where to look.